Sam still believes saving the password in a file is still the best way to remember it and keep it secured, time to prove him wrong once again. As the description says the password is in the same directory(folder) as we are.

This time Network Security Sam has saved the unencrypted level7 password in an obscurely named file saved in this very directory.

The second line of the description tell us about one another news that came from Sam, about setting up an UNIX cal command script and with that we are provided with the script even.

In other unrelated news, Sam has set up a script that returns the output from the UNIX cal command. Here is the script.

Like always lets check the source code first and here it is.

The source code tells us the path of UNIX cal script. So here we are, all in the same place, our index page, cal script and password file in the same directory. All we are left to do is find the name of password file. But how do we do this?

A hackers brain at this point now knows what to do, it is to use such an UNIX command that lists all the files in the directory. If you have used UNIX, you would know that there are commands to list all the elements in the directory. in case you haven’t, find them out.

But it wont alone help out, as the script is supposed to generate a calendar for the given year.  What we have to do now is generate a calendar as well as get the directory listing, this can be done by concatenating two UNIX commands. Just do some googling and you can find both the command.

When you have both the command, do some directory snooping and tada. Here it is.
Spoiler: Command for directory listing is ‘ls’ and to concatenate two commands is ‘;’.
Answer: It is ‘year; ls’. The year first for cal file then the directory listing command.

What did we learn?

Unix commands for directory listing and concatenation. As well, the source code is still as important as it was ever. 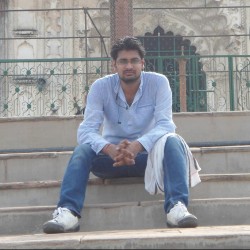 Follow me
Abhishek Gupta
I am Abhishek from India. I have been working as a software engineer from last 6+ years, and it is my passion to learn new things and implement them as a practice.

Follow me
Latest posts by Abhishek Gupta (see all)

All scripts, ideas and tutorials that I have posted here are for educational purpose only and free for use if not otherwise protected. Please feel free to adapt and alter any of my work as you see fit. I do appreciate references when you use my work.